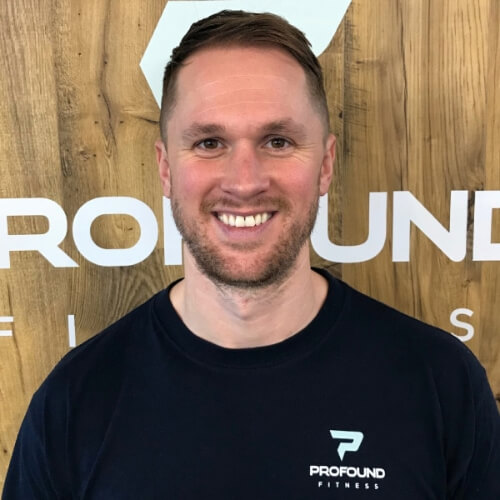 Oliver and Henry came to me with a very specific goal… to improve their vertical jump. Or as they would say ‘slam dunk!’. They both play at a high level which made this an interesting proposition, so I ‘jumped’ at the chance to help. At just over 6” ft (but still growing) they needed to increase their power to weight ratio to reach a 10ft Basketball hoop. With only one hour a week to train around games, I needed maximum effort from them and the most up-to-date research.

In our first personal training session we worked on gathering the metrics of their current jump. It’s vital to show an athlete that they are improving with numerical data especially in Basketball which, like most American sports is totally statistic obsessed.

Following our testing stage, we moved on to mastering the exercises we would be using to get them strong and then powerful. This was built around the squat and deadlift. We assessed the squat and worked out which muscles were strong as well as weak and therefore needed more attention.

It was very clear at this stage that both Oliver and Henry had developed very strong Quadriceps. However, while this is great for running and jumping, the quads were massively overcompensating for other muscles which were now lagging behind such as the glutes and the hamstrings. This caused injuries in areas like the knees and ankles, together with them both still growing and playing for many hours on the court this was causing them to miss games.

We had to build into their timetable a thorough stretch and mobility programme, which they had to adhere to each day for warm up and cool down. I assure you this was no small task and became the foundation that all of their future performance relied on.

The next stage was strength.

It’s important at this stage for me to explain that POWER which in this case will be the ability to jump off the ground is a combination of SPEED X STRENGTH.

The boys were fast no doubt about it, but I had to implement a strength training regime.

To do this we worked out exactly what they could lift for 1 max effort repetition. Leaving nothing left in the tank. This is not for the faint hearted and should only be performed with a spotter or coach.

Once I knew what they could lift, I began to plan a strategy to build up strength. To give you an example we’d do different rep ranges each week to constantly stress the nervous system encouraging the muscle to generate more force each week.

The cycle of strength always comes to an end where a rest or “Deload” week must accrue. This should be planned in; however, this would typically occur naturally due to very intense weeks of playing where we’d all agree it would be more beneficial to take a deload and work on stretches or stability. I’m a firm believer that a coach should allow an athlete to listen to his body and decide. Also, by watching these signs and looking back over the numbers you can better predict when this may happen and be very in tune with the athletes.

Once all the groundwork had been laid, we could begin the process of improving power into our training sessions. As you might have imagined, we jumped, hopped and depth dropped our way through weeks of plyometric training. They loved this and the application of this type of training was very obvious however, it was built on a huge base of mobility, flexibility and strength.

Ultimately Oliver and Henry both successfully achieved their ’slam dunks’ in under one year. Their team are into the 4th round of the National Cup, they are playing for one of the top 16 teams in the country. I continue to train them, with the aim to get them into a basketball academy.